It's just my junk

We all have junk in our heads. This is mine.

Dealing with Death in the Public School

Unfortunately, we have experienced several student deaths (due to car accidents) over the last few (4) years. I am continually thrust into the middle of supporting people… School Staff, Parents, Students and even other Youth Workers and it continually impacts me in two ways:

1. Why aren’t our higher educational institutions (colleges etc) giving training to future Youth Workers and School teachers more training on dealing with tragedy in the school? We offer training on how to deal with a person wanting to shoot up a school, and prepping for the state government testing but not dealing with death due to accident.

2. Why aren’t we as Youth Workers more engaged in the community (principals, councilors, community leaders, non-church kid parents, etc..)? Can we carve out time in our busy schedules to meet quickly with those people.

I have a couple of simple thoughts that might help youth workers, teachers and random caring adults in dealing with the loss of a teenager due to accidents.

1. Please please please realize you don’t need to or are required to know all the answers. We as adults often feel like we have to know everything but we do not.

2. I think being present makes a big difference and being a great listener is adding the icing on the cake.

3. Depending on the relationship you have with the person and school, I would encourage you to ask how you might be praying for the person. This is a simple question that in most situations (hospital visits, etc.) will give you a heart beat of where the person is emotionally and what they need.

4. Do not forget to minister to the teachers and adults in the situation. We think they have it going on, but in most cases they have a connection with the student and need to be supported personally so they can support the other students at the same time.

I am sure there are more ideas that can be added to this list but I really feel these are a good base to launch from. God will give you the ability to minister in the moments that we feel equipped.

I pray these accidents never happen in your life and community but in reality they are accidents and accidents happen. 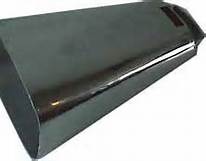 ing out with some students during our local high school (East Central) girl’s basketball game.
It was a night were some of the students in our ministry were scheduled to play in the pep band.

The varsity game started with it usual excitement… national anthem, introduce the players, and the tip off.. Once the tip off happens the band will play in the breaks, time outs, and pretty much whenever they can squeeze a song or two in. The band will play for 3 quarters of the 4 possible during the game.

Our band was rocking it, with a drum kit (though I miss last year when they had 2 full kits playing), a piccolo, the regular instruments and the COW BELL.. It happened to be one of our students playing it.  he was rocking the cow bell baby.

During half time the 5th-6th grade girl basketball players and coaches were introduced and ran out in the mid court. It is really cool how Coach Moore and staff build up and into their program (all the girls wearing jersey got in free). Well, they were almost done and Mr. Cow Bell takes a run down the line giving every girl a high five. I thought that was awesome. He was building into the lives of others, younger peeps that look up to him. Well, actually we all do, he is 6 foot 4 or so.

The third quarter came on and the band took a break. Mr Cow Bell, and a couple other band guys came to visit. We had a great talk and I encouraged them to play more cowbell.. Ed quickly replied. “I am doing as loud as I can. I already broke a stick and this one was new and look at it now. It is all chewed up!”

The band finished the fourth quarter, not before the boys got hollered at across the gym to get ready to play since they were still talking to me. OOPS. The Home team won by about 20-30 points. The refs did an okay job, no instant replay here lol. I said my good byes to the students I was sitting with, to the coaches, and players and headed home.

I began to think about Mr. Cow Bell and came to a conclusion and a challenge!
Check it out, we might be able to learn something from him:

1. Give it your all no matter what you are doing… who really hears the cowbell and cares it is being played
2. Go outside of your comfort zone and job to make someone else smile… it is building into the future of people.
3. Dot it to your fullest ability and enjoy it. How many people will join you or take up your job if you actually are enjoying it?

It is my goal for the next few days, weeks and months to PLAY MORE COW BELL

Thanks and shout out to Mr. Cow Bell

PS. word on the street is he might even double (in secret) as Mr. Trojan (team mascot) from time to time, but that hasn’t been confirmed.